Politicians asserted that judgment on Çîçek Kobani on Turkish territory is a violation of international laws, criticizing the silence of the international community about it.

A few days ago, the Turkish authorities sentenced the Kurdish woman, Çîçek Kobane, to life imprisonment, as she was arrested by the mercenary groups of the Turkish occupation state, during their occupational attack on Serêkaniyê and Girê Spî in 2019. 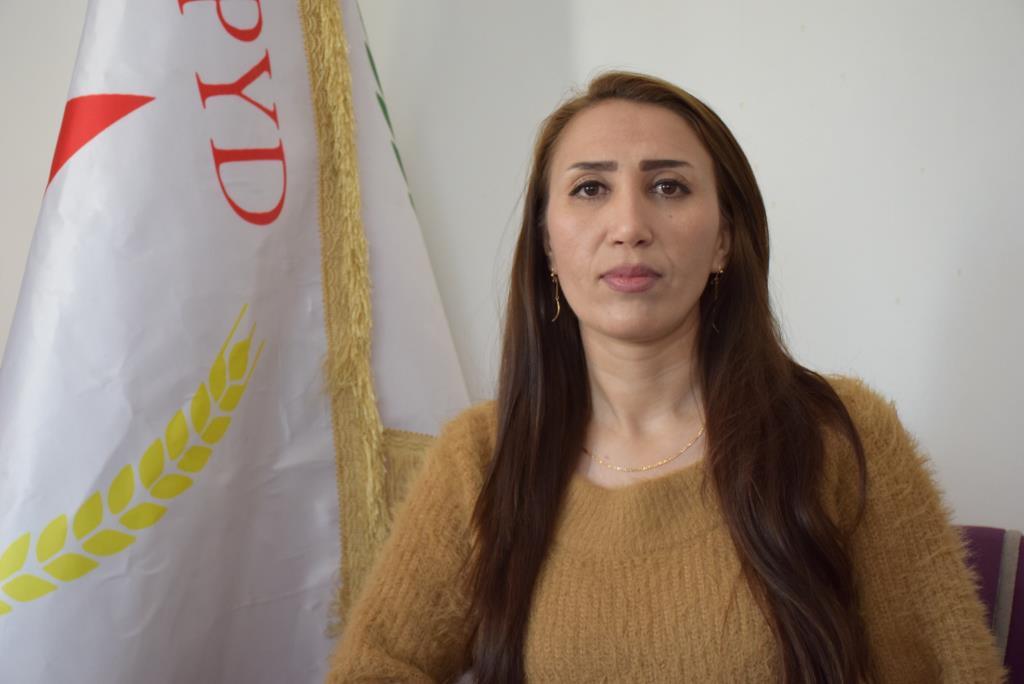 Member of the Executive Committee of the Democratic Union Party, Berivan Hassen, drew the Kurdish street complaining about the international silence about the life sentence imposed on Çîçek Kobane.

She said: “She is a Kurdish girl from Kobane who took up arms like other girls and fought against terrorist ISIS mercenaries. She was among the Kurdish Red Crescent group treating her comrades, and this was her weapon, specifically in the Turkish invasion of the city of Girê Spî.”

She added: “Capturing a number of fighters during the Turkish invasion of Girê Spî through the scenes that were circulated on social media by mercenaries puts us in front of many questions; did not the international community see these scenes? Did not it see these violations of human rights and humanity?”

Berivan also wondered; when Çîçek Kobane was captured, they were calling “slaughter” repeatedly in scenes contrary to moral values. How can the international silence be explained about that? Çîçek was a fighter who participated in the international coalition in fighting ISIS, what is its position today regarding the ruling against Çîçek?

Berivan continued: “The identity that Çîçek Kobane bears is a Syrian identity. She fought on the Syrian lands in defense of her people and land, and was captured by terrorist mercenaries, but why was she handed over to the Turkish authorities? Why is she being tried on Turkish territory? This is a violation of all international charters and laws.”

At the end of her speech, Berivan Hassen appealed to the human rights institutions in north and east Syria to express a firm position on what happened and is now ongoing in terms of human rights violations, through the trial of Çîçek on Turkish territory.

‘Judgment of Çîçek Kobane is unacceptable under any clause‘ 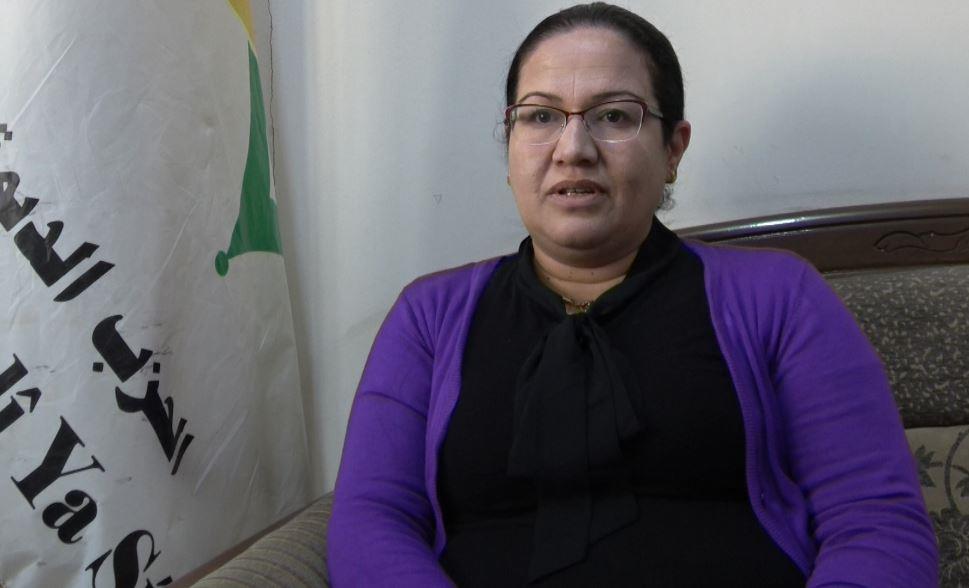 For her part, Member of the General Council of the Syrian Kurdish Democratic Party, Gulistan Atti, said: “The ruling against Çîçek is unacceptable under any clause because she was captured on Syrian territory while defending her land, and her mission was primarily a humanitarian and medical mission.”

She added, “The Turkish occupation has no right to sentence Syrian citizens to prison, so how can a life sentence be imposed on a Syrian Kurdish girl who was captured on Syrian territory?”

Gulistan, during her speech, indicated that “what is happening today is the display of hatred and hostility towards the Kurdish people in the person of the nurse Çîçek.”

During her speech, Gulistan appealed to the humanitarian organizations to intervene, calling on them to fulfill their moral duty that requires them to lift this inhuman judgment.