When the color of her features ranged between violet and blue, following the bruises on her face, Jamila took refuge in the Women’s Home in Qamishlo city, to solve her case with her husband who used his fist instead of his tongue to talk to her, when confronting him about his affair with another woman.

Jamila (a pseudonym) says that she “was subjected to violence and beatings almost daily,” but “she sacrificed, was patient and did not get away, until she went to the Woman’s Home, which solved all her outstanding problems with her husband.”

This case is one of 1,067 cases resolved by the Women’s Home affiliated with the Kongra Star in al-Jazira region during 2020; marital and family disputes, issues related to marriage of minors, violence, beatings, and even murder.

The Kongra Star has been able, through the Women’s Home it inaugurated in various regions of north and east Syria and its other committees, to be a safe haven for women to resort to when their difficulties get intensified.

when their difficulties get intensified. 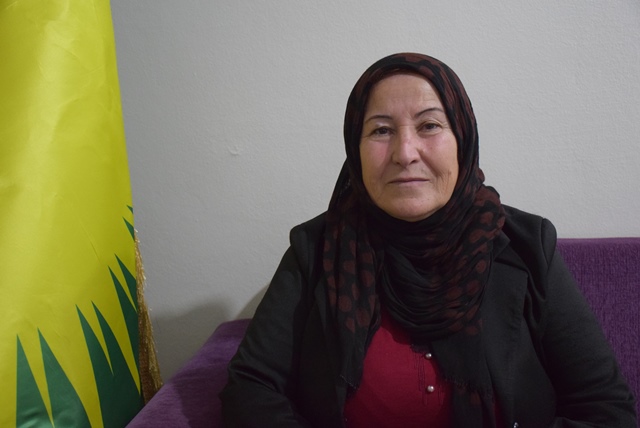 Hanifa Mohamed, one of the oldest members of the Kongra Star and is currently managing the Reconciliation Committee of the Kongra Star, confirms in an interview with our agency, that “since its inception, the Kongra Star has attracted thousands of women to join its ranks, and thousands have resorted to it to solve their problems, as it has become a place for the realization of all women’s rights.”

The Kongra Star is a feminist organization, active in the regions of north and east Syria, Lebanon and Başûr Kurdistan, and it was founded on January 15, 2005 under the name of the Star Union, but it was changed to the Kongra Star at the sixth conference of the organization held in 2016. Hanifa attributed the reason to expanding the organization and increasing the effectiveness of the women’s role in society at all levels and aspects, and to become the protective shade for all women.”

The Kongra organizes women through 12 committees, which are: “The Training and Academies Committee, Politics, Communities’ Protection, Rights and Justice, Communal Economy, Finance, Relations, Culture and Art, Health, Media, Environment and Social Committee,” and each of these committees has a special mission; for example, the Communal Economy Committee is interested in highlighting what the economy is and how to develop the living reality of women and then the economic reality, given the austerity policy imposed by the Ba’athist regime on the peoples of north and east Syria, the training Committee aims at building organized women who are aware of themselves and their capacity, while the Political Committee is to develop and promote the values ​​of democratic politics for women, and the Culture and Art Committee is concerned with protecting, preserving and reviving the cultures of societies subject to cultural genocide.

The other committees also have tasks to under undertake, on the basis of which the Kongra Star organizes women in north and east Syria, and everywhere.

The Kongra Star also works to address women’s issues at various levels, and it has 6 academies that thousands of women have joined its training courses, including lessons on women’s history, women’s science (Jinology), and other topics related to women in order to raise their level of knowledge and awareness on their rights and duties in any field.

The Kongra Star opened 70 women’s homes in north and east Syria for Kurdish and Arab components’ women, in addition to two homes for Syriac women bearing the name “Astarte.” 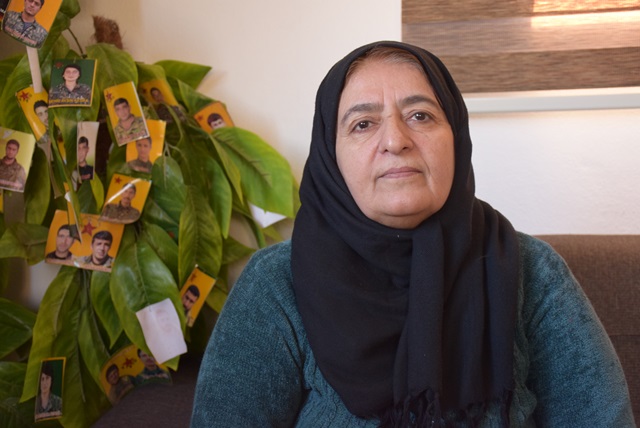 Bahiyya Morad, the administrator of the Women’s Home in Qamishlo canton says to our agency: “With the advancement and development of the Woman’s Home which is one of the basic institutions of the Kongra Star, most women who suffer from family and social problems and disputes head with confidence towards the Kongra Star, and the Woman’s Home begins to solve them in all secrecy and speed.”

The Kongra Star is concerned with organizing women in refugee camps as well. With Turkey’s occupation of Afrin in 2018, Serêkaniyê and Girê Spî in 2019, and their indigenous inhabitants displacement towards the refugee camps, the Kongra Star focused on the displaced, and worked to provide support for women and solve their problems resulting from forced displacement and the ongoing war in the region, which greatly affected the psyche and health of women. Hanifa Mohamed confirmed that “the attacks of the Turkish occupation negatively affected women.”

New goals to push for better

Hanifa Mohamed says: “In the past years, the Kongra Star focused on the organizational aspect of women within the region only, but next year the focus will be on communicating the organization and voice of women in north and east Syria to the whole world.” She added: “The development of women in political, legal and organizational terms is one of our main projects for the coming year, in addition to raising the percentage of women joining the Autonomous Administration.”

In the conclusion of her speech, Hanifa Mohamed called on women in north and east Syria, and the young women in particular, to organize themselves, and said: “We struggled until we were able to reach this stage, and now more efforts must be made to advance women’s struggle and push them for the better.”

2nd phase of "No to Occupation and Extermination, Together We Protect Women and Life" campaign to be launched soon

Free West Papua: statment of solidarity with the resistance of the people
5 days ago

Under violence against women … seminar held in Al-Hasakah